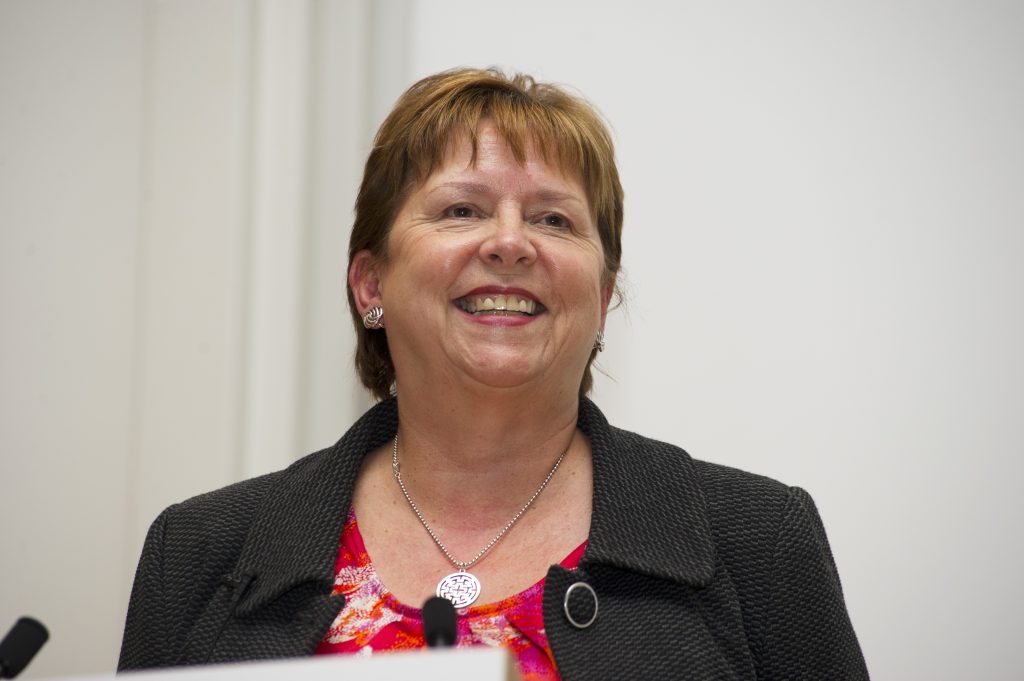 Wendy Hall said: “I’m honoured and flattered to receive this award from the OII, which is an organization I have admired since its inception. It may feel like a lifetime since the Web first hit our desktops but actually we are only at the beginning of the revolution that the Web and the Internet have engendered. I’m proud to be part of it.”

One of the first computer scientists to undertake serious research in multimedia and hypermedia, Professor Hall has been at its forefront ever since. The influence of her work has been significant in many areas including digital libraries, the development of the Semantic Web, and the emerging research discipline of Web Science.

OII Director, Professor William Dutton, said: “The Lifetime awards are intended to honour individuals who have played a uniquely significant and long-lasting role in shaping the Internet. Professor Hall’s impressive career exemplifies the OII’s philosophy that multi-disciplinary collaboration is essential if we are to fully understand the implications of the Internet and Web.”

Professor Hall was the founding Head of the Intelligence, Agents, Multimedia (IAM) Research Group in the School of Electronics and Computer Science at Southampton, and was appointed the University’s first female professor of engineering in 1994. Her current research includes applications of the Semantic Web and exploring the interface between the social and physical sciences in the development of Web Science. She is founding director, along with Professor Sir Tim Berners-Lee, Professor Nigel Shadbolt, and Daniel J. Weitzner, of the Web Science Research Initiative, which was launched in 2006 and became the Web Science Trust in 2009.

She became a Dame Commander of the British Empire in the 2009 UK New Year’s Honours list, and was elected a Fellow of the Royal Society in June 2009. In July 2008 she was elected President of the Association for Computing Machinery (ACM), the world’s most important community of computer scientists. In addition to playing a prominent role in the development of her subject, she also helps shape science and engineering policy and education. Through her leadership roles on national and international bodies, she has consistently promoted the role of women in science and technology.

The award was presented on 22 September 2011 in Oxford, at a Gala Dinner celebrating the Tenth Anniversary of the founding of the Oxford Internet Institute (OII).