Lifetime Achievement Award
Winner
2011
Niklas Zennström has been awarded an OII Lifetime Achievement Award in recognition of his role founding and running some of the Internet's most transformative technology companies, including Kazaa, the file-sharing service, and Skype, the leading Internet telephony service, which helped harness the internet's social and participatory potential. 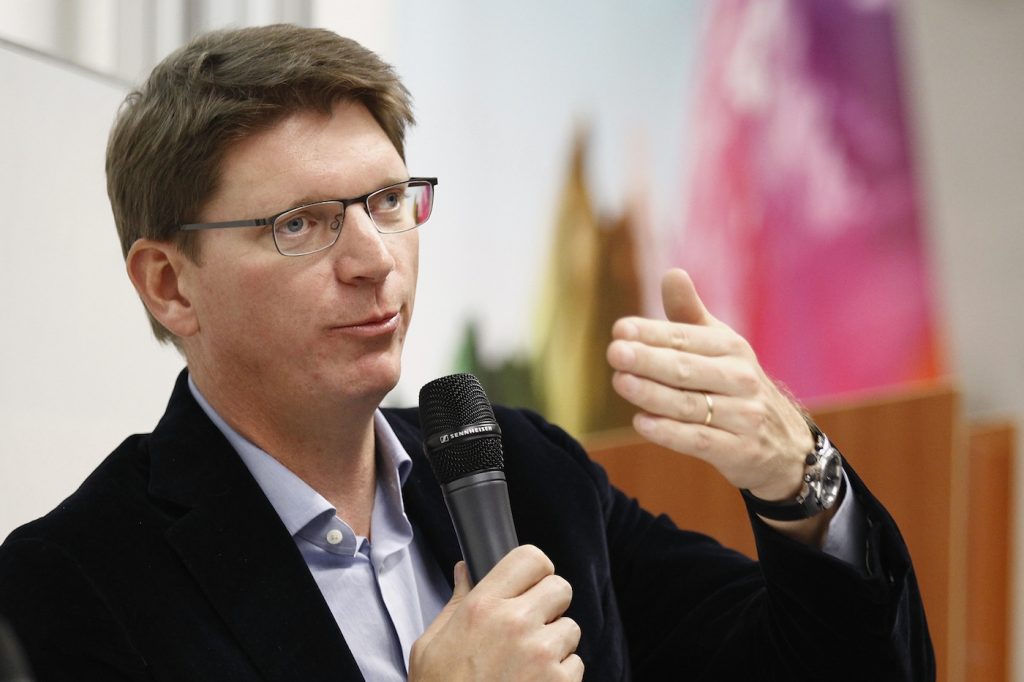 Zennström said: “I’m delighted and honoured to accept this award from such an outstanding university. It’s also been warming to find that the Institute uses Skype. It’s always great to hear that it is valuable to people, but especially so in academia, which plays such an important role in society. Indeed, eight of the entrepreneurs we have backed at Atomico, the venture capital firm I founded, studied at the University of Oxford, reflecting its status as one of the best universities in the world.”

Zennström is Europe’s foremost digital entrepreneur, having founded and co-founded several of the most well-known online ventures. In 2001 he co-founded Kazaa, the peer-to-peer file sharing company, with Janus Friis, and it created the world’s most downloaded Internet software in 2003.

The pair went on to found Skype, the Internet telephony service, in 2003. Zennström was CEO and then Chairman of Skype from its inception until March 2008. During that time, it became the global leader in Internet voice communications, accumulating more than 309m registered users within five years of its launch. Following a sale to eBay, and a subsequent sale to an investment consortium including Zennström, Microsoft agreed to buy Skype earlier this year for $8.5bn.

In 2006, Zennström founded Atomico, the London-headquartered international technology venture capital firm, and has become a figurehead for entrepreneurs in the technology sector. The firm primarily invests in fast-growing technology companies with the ability to transform their respective industries. He also founded Zennström Philanthropies with his wife Catherine, which supports and engages with organisations that fight for human rights, work to stop climate change, and encourage social entrepreneurship in order to protect our natural environment and allow those who live in it to realise their full potential.

OII Director, Professor William Dutton, said: “The Lifetime awards are intended to honour individuals who have played a uniquely significant and long-lasting role in shaping the Internet. Niklas Zennström is a remarkable businessman whose vision and entrepreneurship has brought us some of the Internet’s most transformative social technologies.”