Internet and Society Award
Winner
2016
Mike Bracken, previously Executive Director for Digital, and Chief Data Officer for Government, has been awarded an OII Internet and Society award in recognition of his efforts to drive delivery of online government services in the UK. 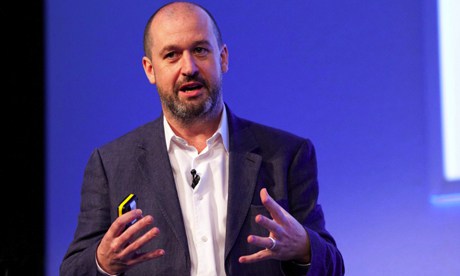 Mike co-founded (and until 2015 headed) the UK Government Digital Service, which has been internationally lauded for its innovative and significant impact in setting up gov.uk and leading digital transformation of public services. The challenge he faced was to bring together the hugely disparate and decentralized web presence of central government departments and services, to build capacity and expertise across government (and reduce the power of huge global computer services providers), and to move to ‘digital by default’ public services, with the aim of creating a single coherent system based on the concept of “government as platform”. As well as delivering cost savings to government through the transformation of many services, the determination to provide a clear, easy-to-use digital service to all central government services has undoubtedly made it simpler for UK citizens to access key services and information.

Mike said: “I’m delighted to receive this award, but do so on behalf of the thousands of public servants committed to improving our Government by focussing on the needs of its users. I believe that the health of our democracy will be defined by how well be reform and modernise our Government institutions for a digital age, and was honoured to lead talented and committed teams to set the foundations for that change. With appropriate and informed political and civil service support, the UK can go on to lead the world in Government digital services. I am honoured that the OII has recognised our work for all of GDS and the wider Government digital colleagues.”

OII Director, Professor Helen Margetts said: “Mike was an inspired and inspiring leader of the Government Digital Service, with his vision of ‘beautiful’ public services, his fight against departmental siloes and his creation of a network of digital leaders across government. The Government Digital Service empowered UK citizens, enabling them to interact easily and effectively with government services online. Mike’s vision and leadership were central to this ambitious programme and we’re delighted to honour his efforts.”

Mike was previously Director of Digital Development at the Guardian, and also helped set up the non-profit social enterprise MySociety, which builds online technologies that give people the power to get things changed. He is now Chief Digital Officer for the Co-operative Group.

The award was presented on 11 November in Oxford, at an awards dinner.