Founder of the Everyday Sexism project

Internet and Society Award
Winner
2014
Laura Bates, founder of the Everyday Sexism Project, a website that has so far collected over 60,000 women's daily experiences of gender inequality, has been awarded an OII Internet and Society award in recognition of her innovative use of the Internet as a platform to raise awareness of the persistent problem of sexism faced by many women in their everyday lives. 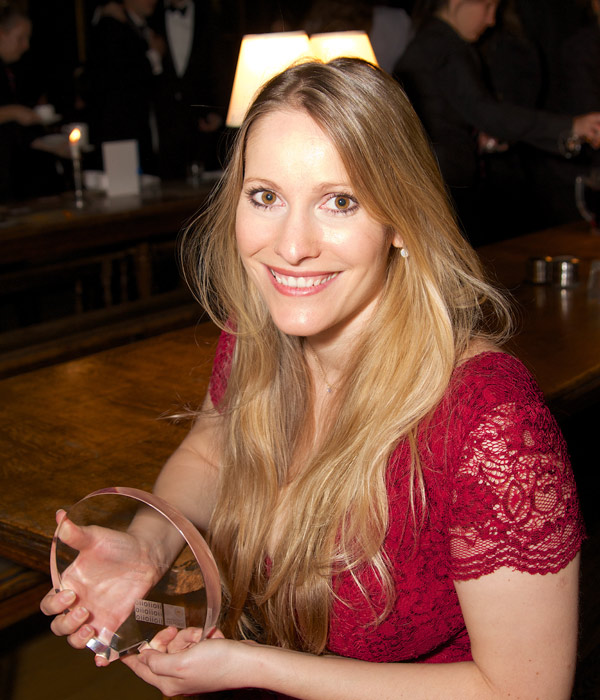 Laura Bates, recipient of an OII Internet and Society Award.

Bates started the project in 2012 after realising the difficulty of focusing attention on sexism and women’s rights in a political context where formal gender equality is seen to have been achieved. The project catalogues instances of sexism experienced by women worldwide on a day-to-day basis as told by women themselves. Through the sharing of stories, it aims to show that sexism does exist on a significant scale, that it’s faced by women everyday, and is a valid problem to discuss. The project has already had an enormous impact, leading a successful international campaign in 2013 that forced Facebook to change its policy on rape and domestic violence content, and that resulted in the removal of plastic surgery game apps from Apple and Google devices in 2014. Bates has worked with UK ministers, police forces, schools, universities, the Council of Europe and the United Nations to use the testimonies collected by the project to catalyse real-world change.

Laura said: “It’s a huge honour to receive this award and so encouraging to feel that the Everyday Sexism Project’s use of the internet to amplify women’s voices is having a real impact. The internet has allowed us to take collaborative action across borders, but there is still such a long way to go. One in three women on the planet will be raped or beaten in her lifetime, and not every woman has access to the internet, or to technology. I hope that we can continue working to take the awareness and solidarity we raise online into the community, to create concrete change for everyone.”

Dr. Victoria Nash, Acting Director of the OII said, “The Internet’s openness and accessibility mean that it’s too often used as a platform for trolling and harassing women or members of minority groups. Laura has harnessed exactly these same qualities to ‘shout back’, and the weight of women’s responses have helped fire up a really important public debate about the unfairness of everyday sexism.”

Over the coming year, the Everyday Sexism project will expand into a further 10 to 15 countries around the world, with branches for India, Japan, Mexico and Serbia already in the pipeline. Having received so many entries from young women and girls, the project will also launch a major international campaign focusing on sexual violence among young people, the group most at risk of partner abuse according to the British Crime Survey.

Laura writes regularly for the Guardian, the Independent, and the Huffington Post and has contributed to the Financial Times and the New Statesman, among others. She is also a contributor to Women Under Siege, a New York-based project working to combat the use of sexualised violence as a tool of war. As part of her work for this project, she consulted for the British Foreign Office Preventing Sexual Violence Initiative, a central feature of the UK’s presidency of the 2013 G8 Summit. Laura is the patron of Somerset and Avon Rape and Sexual Abuse Support (SARSAS), part of the Rape Crisis network. Her first book, Everyday Sexism, was published by Simon and Schuster in 2014.

The award was presented on 7 November 2014 in Oxford, at an awards dinner.