Internet and Society Award
Winner
2016
Juliana Rotich, the Kenyan technologist and social entrepreneur, was awarded an OII Internet and Society award in recognition of her efforts to protect fundamental rights of political protest and supporting public accountability and transparency through technology. 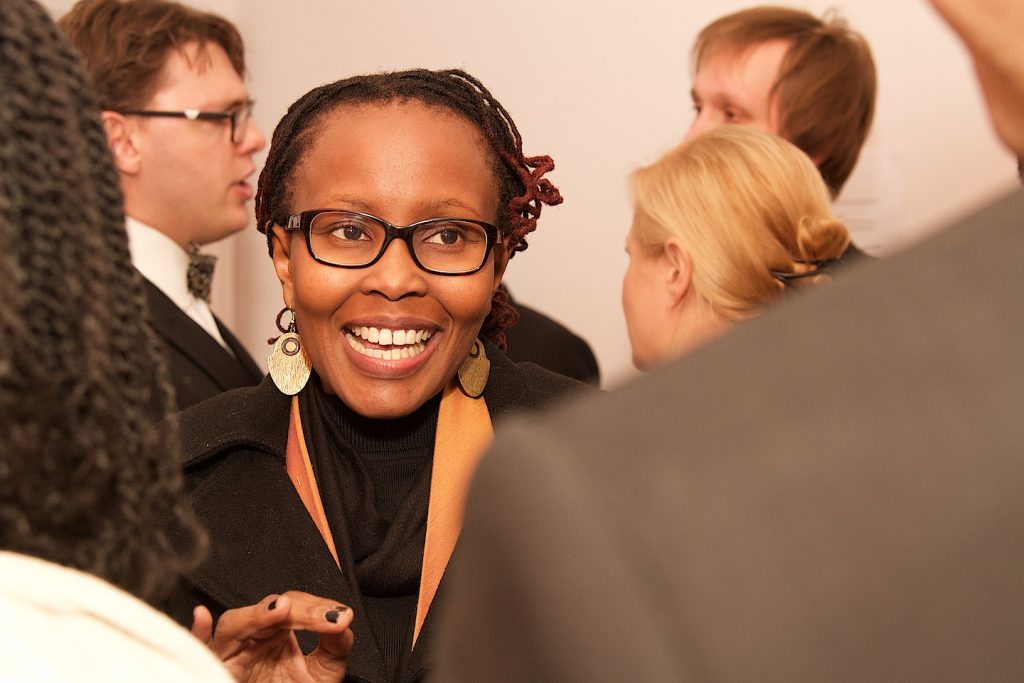 Juliana is the co-founder and former Executive Director of Ushahidi, a non-profit software company that develops free and open-source software for information collection, visualization, and interactive mapping. Using the concept of crowdsourcing for social activism and public accountability, it serves as a model for activist mapping by combining social activism, citizen journalism and geospatial information. First created to collate and map reports of violence and intimidation in the aftermath of Kenya’s disputed 2007 presidential election, its use has since been expanded to include humanitarian disasters such as earthquakes and petroleum spills, and monitoring elections. She led the organization to scale its impact globally.

OII Research Director, Professor Luciano Floridi said: “The Internet can be a truly remarkable force to harness citizen voices in protecting political and civil rights. Ushahidi’s success demonstrates how much can be achieved when such a force is used in the best way, for the common good. Under Juliana’s leadership, Ushahidi has been deployed in 160 countries, translated into 50 languages, and reached 20 million people. We are delighted to honour her commitment tonight.”

Juliana said: “It was a great privilege for me to connect with a group of people with whom we developed together technology that expanded spaces for new voices to be heard, the big picture to be seen, and developed collaborations which shaped the national conversation at a time of conflict and change.”

“Ushahidi means testimony and witness and we need that more now than ever. The internet has created a platform for us to share openly and widely. Now we need to ensure that we help people to be credible, truthful and responsible witnesses. Constructive spaces, online and offline are fast diminishing with polarization and filter bubbles. We need to build better tools, and better technology that empowers and supports a collective approach to problem solving in our societies.”

Juliana is a World Economic Forum Young Global Leader, and Co-founder of BRCK Inc, a company that makes rugged technology for extending Internet access and education in countries with poor Internet infrastructure. She is a board member of Kenya Vision 2030 delivery board, and an advisor to several companies like BASF, a 70 billion Euro company. She is a champion for connectivity, entrepreneurship and STEM education.

The award was presented on 11 November 2016 in Oxford, at an awards dinner.