Lifetime Achievement Award
Winner
2013
John Seely Brown, Independent Co-Chairman of Deloitte's Center for the Edge and a visiting scholar and advisor to the Provost at University of Southern California (USC), has been awarded an OII Lifetime Achievement Award in recognition of his outstanding contributions to our understanding of technology and his visionary perspectives on how the Internet would change the ways we work, learn and innovate. 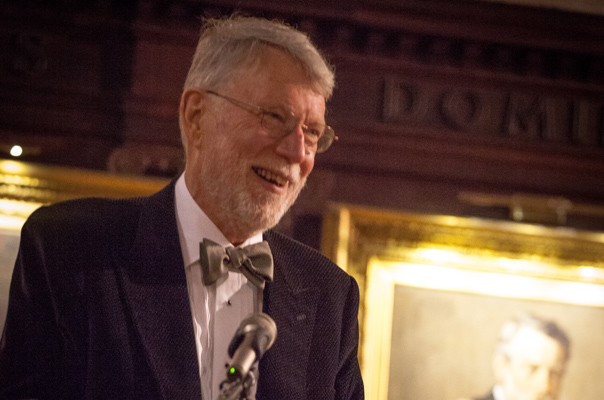 For nearly two decades John (also known as JSB) was the Chief Scientist of Xerox Corporation and the director of its Palo Alto Research Center (PARC). While head of PARC, Brown expanded the role of corporate research to include such topics as the management of radical innovation, organizational learning, complex adaptive systems, and nano technologies. He was also a cofounder of the Institute for Research on Learning (IRL). His personal research interests include digital youth culture, digital media and institutional innovation.

OII Director of Graduate Studies, Dr Victoria Nash said: “During his extraordinary career, John Seely Brown has had a remarkable impact both on the practical development of Internet technologies and our understanding of their role in driving innovation and social advance. It’s a great honour to make this award to a man whose values and philosophy have influenced many of us at OII”.

John is a member of the American Academy of Arts and Sciences, the National Academy of Education, a Fellow of the American Association for Artificial Intelligence and of AAAS and a Trustee of the MacArthur Foundation. He has published over 100 papers in scientific journals. With Paul Duguid he co-authored the acclaimed book “The Social Life of Information” (HBS Press, 2000), and with John Hagel, “The Only Sustainable Edge” (2005), about new forms of collaborative innovation, and “The Power of Pull: how small moves, smartly made can set big things in motion” (2010). His latest book, “The New Culture of Learning” co-authored with Doug Thomas, was released in January 2011.

The award was presented on 8 November 2013 in Oxford.