Lifetime Achievement Award
Winner
2014
Professor Barry Wellman, co-director of NetLab at the Faculty of Information (iSchool) of the University of Toronto, has been awarded an OII Lifetime Achievement Award in recognition of his extraordinary record of scholarship in social network theory and Internet research which has contributed so much to our understanding of life online. 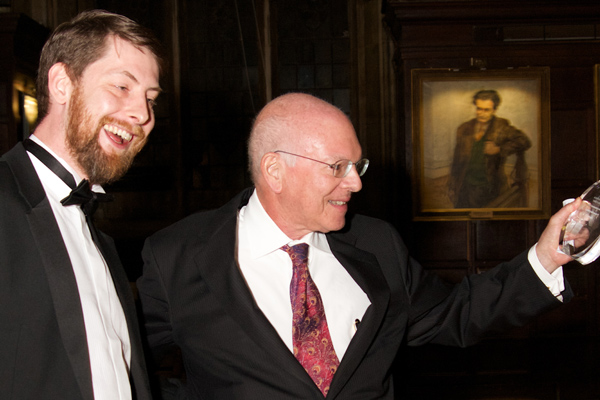 A Canadian-American sociologist, his overarching interest is in the paradigm shift from group-centered relations to networked individualism. His research examines virtual community, the virtual workplace, social support, community, kinship, friendship, and social network theory and methods. His methodological contributions have been for the analysis of ego-centered or “personal” networks — defined from the standpoint of an individual. This calls for somewhat different techniques than the more common social network practice of analysing a single large network.

Barry Wellman said “I am deeply honoured by this. And want to pay tribute to the many NetLab members — and Networked co-author Lee Rainie — who have been my wonderful intellectual playmates through the years.”

OII Acting Director, Dr Victoria Nash said “Barry Wellman’s approach to studying the networks that connect us as individuals has had a profound effect on the field of Internet research, reflected in much of the work of our colleagues and students. We are delighted to honour his contribution today.”

The top-cited Canadian sociologist, Wellman’s current work continues to focus on the interplay between information and communication technologies, especially the Internet, social relations and social structure. He was elected as a Fellow of the Royal Society of Canada in 2007.

The award was presented on 7th November in Oxford, at an awards dinner and ceremony that also included Lifetime Achievement awards for Sir Tim Berners Lee and Dame Stephanie Shirley. The OII Awards are purely honorary and do not involve any financial reward.