Co-Founder and Co-Director of Whose Knowledge?

Internet and Society Award
Winner
2018
Anasuya Sengupta, Co-Founder and Co-Director of Whose Knowledge?, will be awarded an OII Internet and Society award in recognition of her innovative use of the Internet as a platform to amplify marginalised voices in the virtual and physical world. 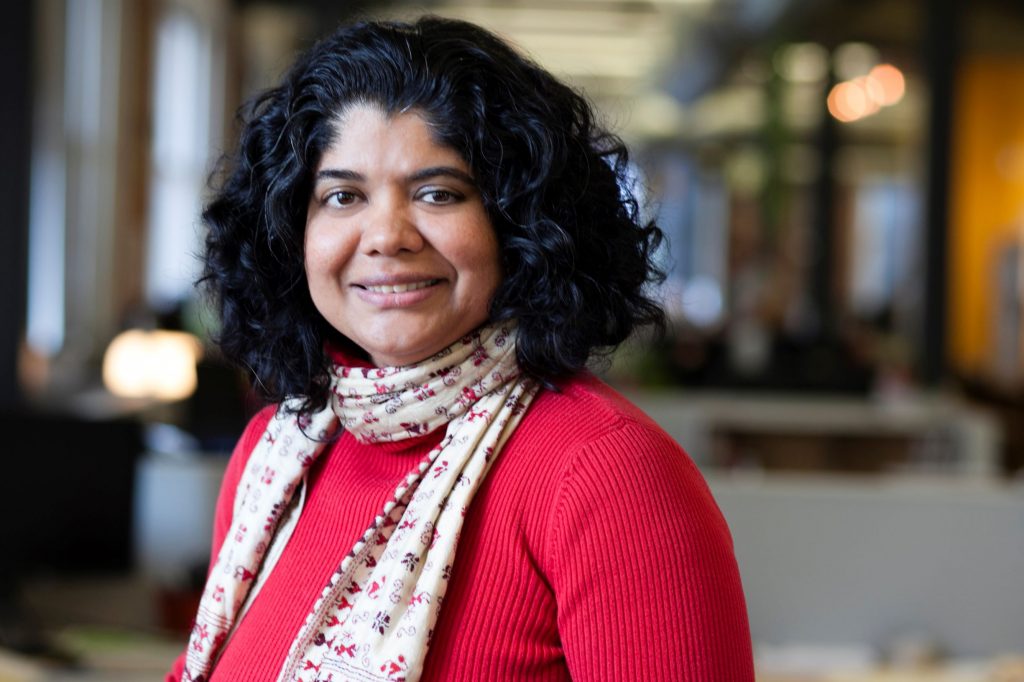 Anasuya Sengupta is Co-founder and Co-Director of Whose Knowledge?, a global multi-lingual campaign that aims to centre the knowledges and voices of marginalised communities (the majority of the world) in order to create an Internet for and from everyone. Initiatives have included the 2018 Decolonising the Internet conference, the #VisibleWikiWomen challenge to add more images of notable women to Wikipedia, and the communities-led Knowledge Sharing projects. Anasuya is the former Chief Grantmaking Officer at the Wikimedia Foundation, Regional Program Director for Asia and the Pacific Islands at the Global Fund for Women, and a 2017 Shuttleworth Fellow.

Whose Knowledge? is radical re-imagining and reconstructing of the Internet, aimed at bringing the voices and knowledge of marginalised groups into the  forefront of the Internet. 3/4 of the online population of the world today comes from the global South – from Asia, from Africa, from Latin America. And nearly half those online are women. Yet most public knowledge online has so far been written by white men from Europe and North America. To address this, Whose Knowledge? works particularly with women, people of color, LGBTQI communities, indigenous peoples and others from the global South to build and represent more of all of our own knowledge online.

Anasuya holds an MPhil in Development Studies from the University of Oxford, where she studied as a Rhodes Scholar. She also has a BA in Economics (Honours) from Delhi University. When not rabble-rousing online, Anasuya builds and breaks pots, takes long walks by the ocean and in the redwoods, and contorts herself (badly) into yoga poses.