Internet and Society Award
Winner
2013
Alec Ross, former Senior Advisor for Innovation to Secretary of State Hillary Clinton was awarded an OII Internet and Society award in recognition of his outstanding contributions to digital policy‐making whilst working for former‐Secretary Clinton, and specifically his efforts in promoting the spread of Internet freedom and use of the Internet as a tool for diplomacy and open public debate. 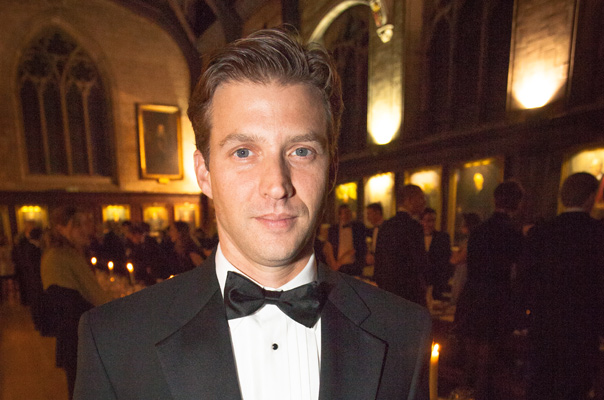 Alec said: “I am humbled to be recognized by the Oxford Internet Institute. The work I helped lead at the State Department would have been impossible without the best boss imaginable in Hillary Clinton and a hard‐charging team of young diplomats who understood that diplomacy needs to keep pace with the times.”

As former‐Secretary Clinton’s “tech guru”, Ross led State Department efforts to find practical technology solutions for some of the globe’s most vexing problems on health care, poverty, human rights and ethnic conflicts, earning him numerous accolades including the Distinguished Honor Award. After graduating in 1994 from Northwestern University with a B.A. in history, Ross moved to Baltimore as a Teach for America corps member. During the 2008 presidential campaign, Ross played a key role in developing then‐Senator Barack Obama’s far‐reaching technology and innovation plan. Later, as Senior Advisor on Innovation at the State Department, he successfully advocated for new digital diplomacy tools.

OII Director, Prof. Helen Margetts said: “We regularly see examples of the Internet reshaping politics, but Alec’s work has so persuasively demonstrated how its power can be strategically harnessed to deliver real public good”.

Profiled in 2011, Time Magazine described how Ross was incorporating digital platforms into the daily lives of U.S. diplomats, and also described his support of programs to train activists in the Middle East. In 2012, Newsweek named Alec to their Digital Power Index Top 100 influencers, listing him among other “public servants defining digital regulatory boundaries”. He is currently working on a book.

The award was presented on 8 November 2013 in Oxford, at an awards dinner.